Dennis was settled in 1639 by John Crowe, Antony Thatcher and Thomas Howes. Originally part of Yarmouth, Dennis separated and was incorporated as its own town in 1793 and named after Rev. Josiah Dennis. The town’s early, seafaring- based economy revolved around Shiverick Shipyard, which was located near the mouth of Sesuit Creek. It was the only shipyard on the Cape to produce large clipper ships. Dennis is also home to the Cape Playhouse, started in 1927, which holds the reputation as America’s oldest professional summer theatre.

Dennis’ shores reach both north to Cape Cod Bay and south to Nantucket Sound. It has a total area of 22.3 square miles, 7.88 percent of which is water. To the south, Dennis is separated from the neighboring town of Yarmouth by Bass River. Dennis is wealthy in beaches on both its Bay and Nantucket Sound shores, as well as on the shores of its small lakes and ponds. One noteworthy example
is Scargo Lake, a kettle pond with strong ties to Native American folklore. The town is divided into five villages: Dennis, Dennis Port, East Dennis, South Dennis and West Dennis.

Between its north and south shores, Dennis is home to 16 beaches and enjoys the reputation of being one of the Cape’s best destinations for beachgoers. The town also features a number of nature trails, golf courses and charter fishing excursions. These are complemented by fine dining, art galleries, local artisans and historical landmarks. Dennis’ central location -- near the Cape’s “bicep” – makes it a great launch pad for exploring the rest of the Cape as well.

The Dennis Arts and Culture Council helps to support culture in the town of Dennis, providing grants to artists for a variety of projects. Dennis is home to the Cape Cod Museum of Art, which hosts year-round exhibitions, events and classes. The nearby Cape Playhouse is the oldest professional summer theatre in the country and is a popular attraction during the summer months for both visitors and residents and shares grounds with the Cape Cinema, adorned with a ceiling mural by Rockwell Kent. 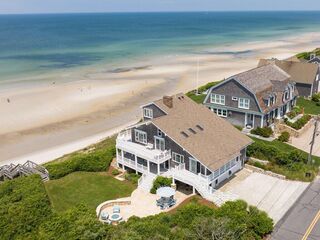 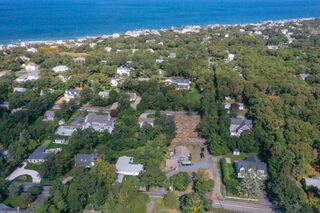