Onset, Massachusetts, is a village in the town of Wareham with a population of about 1,500.

Despite Onset's tiny size, the community is bustling with activity in the summer thanks to its beaches, shopping, and dynamic dining scene.
Onset, MA, residents love its location, as it's away from the traffic of the Sagamore and Bourne bridges while sitting less than an hour from both Boston and Providence. This position makes those major centers commutable from Onset and adds to the allure of buying a home
there. Onset is also surrounded by water on three sides by Sunset Cove, Broad Cove, and Onset Bay, which provide easy access to Buzzards Bay and the Cape Cod Canal.

The village of Onset is full of Victorian-style architecture, tons of activity, and a vibrant atmosphere, making it one of the more appealing off-Cape places to buy a home in this region.

The history of Onset, Massachusetts
Onset has a unique history that you wouldn't expect from such a small village. That's because up until the 1880s, there wasn't much development in the community at all. Eventually, a group of Spiritualists set up a summer camp in the area. Basically, Spiritualists
are people who believe they can communicate with the dead through a medium.

So, in the 1880s, Spiritualists started gathering in Onset, building cottages, houses, and storefronts in the process, turning the area into a resort village called Onset Bay Grove. Many of the houses that were built acted as second homes for wealthy families from Boston, Brockton, and Taunton. The Victorian-style properties that they constructed are a significant part of the village's identity today.

As you drive through Onset, MA, you can't help but notice the architecture, which has gone mostly unchanged since those early days. You'll also see that the Spiritualist movement is still present in Onset thanks to the First Spiritualist Church Of Onset and the On-I-Set Wigwam
Spiritualist Camp.

Neighborhoods in Onset
Onset is too small to have distinct neighborhoods in a traditional sense, but there are some ections that you'll see while exploring.
Pretty much everything in Onset sits in the downtown area, including most of its houses and businesses.

There are houses close to the commercial area along Onset Avenue, along with beachfront properties near Onset and Shell Point beaches. If you're buying a home in Onset, it'll probably be in this area.

There is a second, far smaller residential neighborhood near the Beaver Dam Wetlands that also sits just off Onset Avenue. There are some woodlands and a park in this area, as well.

Things to do in Onset, MA
We mentioned that activities are abundant in Onset, especially for such a small village, and from the second you reach Onset Avenue, you'll see why.

For starters, there's the beaches. Onset Beach is the main draw, as it's a lengthy stretch of sand on Onset Bay in the heart of downtown. You'll find a concession and washrooms on the beach, along with a green space that hosts the Onset Summer Concert Series. There's a
small parking lot on a pier next to the beach, and a larger lot a few blocks north on Highland Avenue. Locals walk to the beach whenever possible because parking can be a challenge.

The southernmost point in Onset is Shell Point Beach, a broad, sandy area with parking and a grassy field. This beach is a little more rustic than Onset, since it doesn't have washrooms or other amenities nearby, but it's a bit quieter in the summer.

You'll also come across the Leroy Ellis Playground on the east side of the village. This playground has a beach and is a great place to take the kids on a hot day because there's plenty of tree cover. There's limited parking at the playground, as well.

If you have a boat you want to put in the water, the Stonebridge Marina is an excellent choice in Onset. The marina has moorings for rent, in addition to showers, a fuel dock, bait sales, and laundry facilities. They also handle boat rentals, and there's a beach across the street. If
you want to cook a meal, customers can use the marina's BBQ grills, and there's an on-site bar and restaurant, as well.

Speaking of restaurants, the dining scene in Onset is unreal for such a small village, as there are places to eat everywhere on Onset Avenue. Some of the more popular beachfront eateries include the Quahog Republic, Marc Anthony's La Pizzeria, Stash's, and Cape Cod Lobster Rolls.

Much of the sports activity in Onset is at Leonard C. Lopes Memorial Park. This park is in the downtown area and features a baseball diamond, two basketball courts, a playground, some picnic tables, and a covered gazebo. The enclosure has a small parking lot and is a great place to spend the day with the kids.

Living in Onset, Massachusetts
Buying a home in Onset, Massachusetts, puts you in an ideal beachfront location near Cape Cod that manages to avoid the traffic problems on the Bourne and Sagamore bridges. Onset is an excellent choice for commuters who want to live in a small oceanfront village while being
able to reach their offices in the city in under an hour.

Once you live in Onset, you'll wonder why you didn't make a move sooner because the village has everything you could ever want as the location of your permanent or summertime residence.

Homes For Sale In Wareham 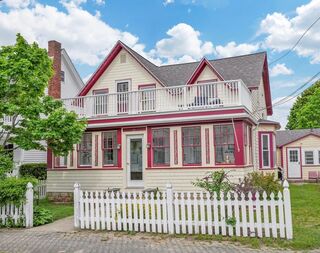 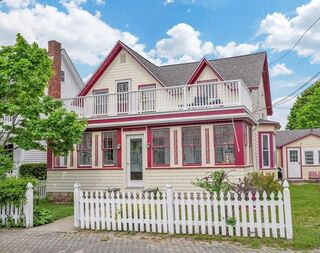