Sitting on the shores of Kingston Bay, the town of Kingston, Massachusetts, enjoys a comfortable position between Plymouth and Duxbury on the East Coast of the United States. This community, which also borders Carver and Plympton, has about 12,000 residents and plenty of activity in the summer months.

Living in Kingston, Massachusetts, means being less than 40 minutes from downtown Boston and just over 20 minutes from Cape Cod. For the commuter, there's also a train that departs from Kingston Station and reaches South Station in Boston in less than an hour.

Those who work in Boston but want to escape the city in the evening will love the accessibility of Kingston. Buying a home in Kingston, MA, is an excellent option for anyone who wants to enjoy serene coastal living while remaining close to the amenities of the city.

Kingston is pretty spread out, as it occupies a stretch of land between Kingston Bay and Silver Lake. In between these landmarks are a few neighborhoods with each having some unique attributes to call its own.

Kingston Center is the community's largest neighborhood, occupying the central part of town where much of the commercial activity takes place. The Jones River runs through the heart of Kingston Center, and you'll find numerous parks and historic buildings through this part of town, in addition to residences.

Indian Pond, which is the southern end of Kingston, includes the subdivision around the Indian Pond Country Club. There's a vast forest in this neighborhood, in addition to Kingston's largest mall. Indian Pond borders a densely populated section of Plymouth, as well.

Although Silver Lake is mostly in Pembroke, the southern end of the lake and its surrounding neighborhood are squarely in Kingston. This neighborhood is full of lakefront properties, with the houses away from the lake having dense forest cover. There's a high school and middle school in this area, too.

Stony Book is the neighborhood just north of Kingston Center, extending all the way to Duxbury. While Stony Brook is mostly houses and forests, there is a shopping and dining area along the Pilgrims Highway.

The western side of Kingston is called Wapping, which is mostly residential but has some businesses along Wapping Road, as well. The neighborhood extends south to the town's border with Plympton and also has some dense forests.

Rocky Nook is the coastal area in northeast Kingston that sits where Kingston Bay and the Jones River meet. This stretch was once a vacation resort area, but the majority of the homes are now year-round residences. Rocky Nook is also home to Gray's Beach.

The history of Kingston, Massachusetts

As you might expect with a town that borders Plymouth, Kingston, MA, has a long and storied history in the United States.

This history goes back further than the arrival of the Pilgrims, however, as the Wampanoag people occupied this area for centuries, and the town is home to several ancient Native American burial grounds.

Kingston was first settled by Europeans as part of Plymouth in 1620, with more people arriving in the area in 1635. This settlement was not without contention, however, as it's believed that several battles during King Philip's War took place in Kingston, with one of the most notable occurring when Wampanoag warriors attacked the home of Governor William Bradford.

In 1717, Kingston was named as Plymouth's northern precinct, leading to the establishment of a church. This arrangement didn't last long, however, as a tax dispute arose between north and south Plymouth in 1726, causing Kingston to split and forms a separate town.

Shipbuilding was the industry that got Kingston's economy going in the 1800s, and the community later moved into the ice harvesting business because New England's winters would freeze Jones River Pond. Locals would eventually rename the pond Silver Lake to make its ice sound more appealing.

In the 1950s, the extension of Massachusetts Route 3 made Kingston easier to reach from Boston, effectively turning it into a suburb. The opening of the commuter rail line in the 1990s made travel even easier. These two events transformed Kingston from a rural community into the residential district that it is today.

Things to do in Kingston, MA

There's plenty to do in Kingston, Massachusetts, particularly for those who enjoy spending time outdoors.

Those who are into hiking can spend time in places like Kingston State Forest, Cranberry Watershed Preserve, and Sampson Forest, all of which have paths through the woods. It's possible to bike on some of these trails, as well.

For shopping, Kingston Collection is a massive mall that is home to the Sky Zone Trampoline Park. The Kingston Farmers Market takes place there, too.

Gray's Beach Park sits in the Rocky Nook neighborhood and provides an excellent place to spend the day. The beach is small, but has a pleasant sandy area, in addition to a sizable green space, covered picnic tables, a playground, a basketball court, and a multisport court.

The Kingston Harbormaster handles all of the community's moorings and slips. The Harbormaster assigns all mooring locations, although the mooring leaseholder is responsible for installing and maintaining the mooring. There are a limited number of slips available at the Town Dock, as well.

Buying a home in Kingston, Massachusetts

Choosing the buy a home in Kingston, MA, puts homeowners in a unique position where they're far enough from the city to escape its noise, chaos, and congestion, while still having the opportunity to commute for work. The rail station also means that commuters won't have to fight traffic, making their daily travels far less stressful.

Buying a home in Kingston allows people to enjoy nature, spending their days relaxing in the waters of Cape Cod Bay, hiking through the endless forests, or lounging on the beach.

This section of the East Coast is a dream come true for many Americans. If you're interested in owning a home in Kingston, don't hesitate to speak with the experts at Kinlin Grover Real Estate to learn more.

Homes For Sale In Kingston 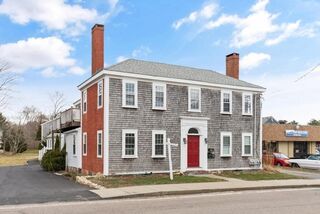 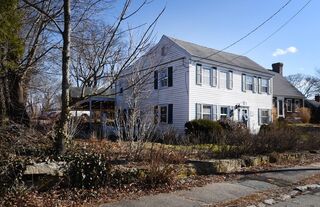