First settled by the English in 1664, the township was originally called Monomoit based on the indigenous population, the Monomoyicks’, term for the region. Chatham was incorporated in 1712 and the first 100 years of recorded history reveal a struggle to establish an economy and a stable population. Farming yielded little beyond the needs of the residents, and fishing, the mainstay of the early economy, was often disrupted by war ships. It wasn’t until after the Revolutionary War that Chatham stabilized and grew. Industries such as fish export, ship building and salt production brought life to the economy. Agriculture, fishing, whaling and maritime enterprises flourished.

Chatham is located at the southeast tip of Cape Cod. To the east is the Atlantic Ocean, to the South is Nantucket Sound, to the north is Pleasant Bay. The only adjacent town (located at both the north and west town line boundaries) is Harwich. Major geographical features of the town are hilly, wooded uplands, extensive barrier beaches and spits, harbors, numerous small estuaries, and salt and freshwater ponds. Strong Island in Pleasant Bay marks the town’s northern boundary. Morris and Stage Islands mark the extent of developed area on the south. The Red River is the boundary on the west and the Muddy Creek (or Monomoy River) on the northwest.

In the late 1800s the growing popularity of seaside summers and the development of resorts attractive to a wealthy clientele provided a new basis for economic growth in Chatham. Since World War II, Chatham has experienced rapid growth and has become a popular place for retirement. Currently only about one-half of the town’s housing units are occupied year-round; the other half are occupied seasonally. Today its small-town qualities are well suited for families and retired residents. With its old Cape Cod quaintness relieved by the vast pristine beaches and surrounding ocean, Chatham  has great appeal.

Until 2013, Chatham operated its own school system for the town’s 700 students. In December 2010, Chatham and the neighboring town of Harwich voted to regionalize their school systems into the Monomoy Regional school system, with each town maintaining its elementary school, and students in grades five through 12 attending Monomoy Regional Middle School, located in Chatham, and Monomoy Regional High School, recently constructed and located in Harwich. The Monomoy teams are known as the Sharks and their colors are navy blue and silver. High school students may attend Cape Cod Regional Technical School in Harwich. Other private and charter schools are located in nearby Brewster and Harwich.

Chatham has a vibrant artsand culture community, led by the Creative Arts Center, which holds a Festival of the Arts at Chase Park each summer. Along Main Street, you’ll find galleries full of work by local artists, depicting life on the Cape in watercolor, oil, sculpture and more. For those interested in museums and history, Chatham boasts some of the best preserved historic homes and buildings, culminating in Chatham winning the 2007 Distinctive Destinations Award by the National Trust for Historic Preservation. Theatrical offerings abound at the Chatham Drama Guild (year-round) or the Monomoy Theatre (summer). Recently, the Chatham Orpheum Theater was renovated and now shows first-run cinematic releases and art films, with a café on premises for cocktails and dining.

Homes For Sale In Chatham 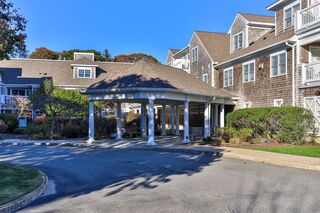