The history of Harwich is richly written in the sandy soils of Cape Cod and on the watery depths of the world’s oceans. The town of Harwich was settled as part of the “plantation of the old comers, or purchasers,” when the Plymouth colony relinquished its charter and was absorbed into the Massachusetts Bay Colony. The town of Harwich, incorporated originally in 1694, included the present day town of Brewster, known then as the north parish, which was separated from the South parish in 1803. Early industry involved fishing and farming. The town is considered by some to be the birthplace of the cranberry industry, with the first commercial operation opened in 1846.

The seven villages of Harwich are West Harwich, North Harwich, East Harwich, South Harwich, Harwich Center, Harwich Port and Pleasant Lake. Harwich is on the southern side of Cape Cod, just west of the southeastern corner. It is bordered by Dennis to the west, Brewster to the north, Orleans to the northeast, Chatham to the east, and Nantucket Sound to the south. The town shares the largest lake on the Cape, called Long Pond, with the town of Brewster. The shore is home to several harbors and rivers, including the Herring River, Allens Harbor, Wychmere Harbor, Saquatucket Harbor, and the Andrews River.

Located midway between the Cape Cod Canal and Provincetown, Harwich offers a bit of the classic Cape Cod experience for everyone. Historic Harwich center and Harwich Port are a bit of old-time Americana, with band concerts and arts and craft shows in the summertime. A ferry boat leaving from Saquatucket Harbor goes to Nantucket and there are beautiful saltwater beaches along Nantucket Sound. Breathtaking scenery, a friendly smile, a helping hand and a warm reception make Harwich a wonderful place to explore any time of the year. Harwich offers a relaxed, family-friendly lifestyle with lots of natural beauty to explore.

Harwich’s schools are part of the Monomoy Regional School District, recently created by a merger with the town of Chatham. Each town maintains its elementary school, and the middle and high schools serve both towns. Harwich Elementary School serves students from pre-kindergarten through fourth grade, Monomoy Regional Middle School, located in Chatham, serves fifth through seventh grade, and the newly constructed Monomoy Regional High School, located in Harwich, serves eighth through 12th grade. The Lighthouse Charter School recently moved into where the Harwich Cinema building was located. Harwich is also the site of Cape
Cod Regional Technical High School and Holy Trinity Preschool, a Catholic preschool.

Homes For Sale In Harwich 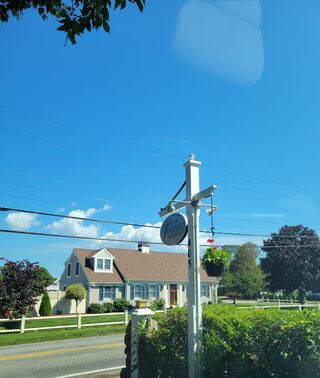