Sitting at the far west end of Bristol County is Westport, Massachusetts, a town of under 16,000 people that's right on the Rhode Island border. The south end of town has Little Compton, RI to the west, while the north end is just east of Fall River. There's also Dartmouth and New Bedford to the east of Westport.

There are numerous villages and communities within Westport, starting with North Westport, which is home to about a quarter of the town's population. North Westport is right along the I-195 and separated from Fall River by a bridge.

Other communities in the town include Westport Point, which is right along the Westport River at the south of the municipality, Central Village, where much of the town's industry and retail establishments are located, and Head of Westport, a quiet residential area where the east arm of the river ends.

There's also Acoaxet, which isn't accessible from anywhere in Massachusetts by land. You actually have to drive into Rhode Island, before re-entering Massachusetts to reach this part of the town, making it a unique entity.

Westport is almost completely surrounded by water bodies, including Watuppa Ponds on its west side and Westport Harbor, which is where the two arms of the Westport River meet, at the south end of town, before finally emptying into Buzzards Bay. Also of note is the fact that Westport is just 30 miles from Providence, and even less if you live in North Westport, so commuting is quick and easy.

Despite its small population, Westport is rather expansive, with 64.4 square miles of land. Therefore, the population is a mere 310 people per square mile of land. As a result, if you buy Westport real estate, you can expect to have lots of space because many of the lots and homes are quite large.

As you might expect, Westport got its name from its physical location, as it was the Massachusetts Bay Colony's westernmost port. The area was formerly part of Dartmouth township and was first settled in 1670 by the Sisson family. The river running through the region was called Coaksett, now called Acoaxet, and, therefore, the land took the same name. In 1787, Westport, along with New Bedford and Fairhaven, separated from Dartmouth. Westport was incorporated that same year.

Early industry in the area included shipyards and cotton mills. Later, Gooseberry Island was used as a major coastal defense location, particularly during the Second World War. Most of Westport is now residential and the area around Horseneck Beach State Reservation, at the very southern tip of town, is home to a very famous summertime beach.

Westport is a safe town, with a crime rate lower than 64 percent of cities in the United States. There is an average of 22 violent crimes per year in the borough, and your chance of being the victim of a violent crime is one in 721, which is far lower than the state average of one in 265.

There are three public schools in Westport, all of which are part of the Westport Community Schools district. Alice A. Macomber School serves pre-school, kindergarten, grade one, and grade two, while Westport Elementary School is for students between grade three and grade six. Westport High School is for grades seven to 12, and about 94% of students graduate in the city. There is one private school in Westport, Montessori School of the Angels, and some students attend private high schools in Dartmouth and Fall River, as well.

When visiting the town before deciding if you want to buy one of the homes for sale in Westport, MA, have a look at the following locations:

These locations will give you a better idea of what you can expect when you move to Westport. You might also want to check the neighboring cities of New Bedford and Fall River, as they provide easily accessible amenities and are close to many Westport homes.

Westport is popular with both permanent residents and those looking for somewhere to live in the summer because of its beautiful beaches, relative safety, and quiet way of life. You can live in Westport and commute to Fall River or Providence for work, or even own a summer home near the beach while working in Boston or New York.

Visit Kinlin Grover's Dartmouth office for more information on living in Westport, Massachusetts, and to see the available house listings in the area.

Homes For Sale In Westport 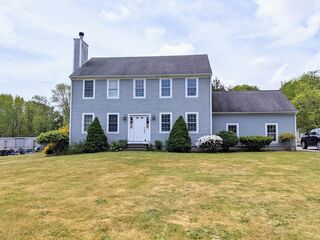 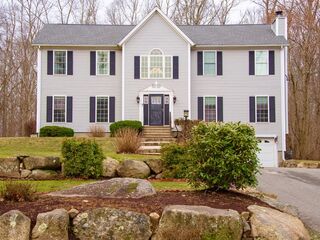