Carver, Massachusetts – One of the East Coast's Cranberry Bog capitals

With a population of nearly 12,000, the town of Carver, Massachusetts, certainly isn't a bustling metropolis. The community doesn't have Cape Cod's beaches, Plymouth's world-famous historic sites, or Boston's industry, but it does provide a quiet, rural atmosphere that most residents appreciate.

Living in Carver is like stepping back to a time before restaurant chains, and strips malls were on every corner. Development has been slow to arrive in Carver, MA, primarily to protect its swamps and cranberry bogs, but that's just the way locals like it.

When you buy a home in Carver, Massachusetts, you're moving to a place privacy is the rule rather than the exception. You'll have space all your own while being only 46 miles from downtown Boston, making it a dream for those who work in the city but aren't into the city lifestyle.

The neighborhoods of Carver, Massachusetts

Carver is quite large geographically, due to its abundance of farmland and bogs. As a result, it has a few distinct neighborhoods to consider.

North Carver, or Cole Mill, is at the far northern end of town and is mostly residential with a few commercial and industrial properties, as well. The Lakenham Historic District, which is one of the areas first inhabited by settlers from Plymouth, is also part of this neighborhood.

East Carver, also known as Wenham, takes up much of the eastern part of Carver and closely borders Plymouth. Much of this area is farmland, including the massive cranberry bogs for which the town is famous. The Plymouth Municipal Airport is right on the border between East Carver and Plymouth.

The southern end of town is called South Carver, and it also features farmland with a wide array of cranberry bogs. There are a couple of residential sections in South Carver, too.

Carver Center, which was once called South Meadows, has a lot of rural property and, yes, some cranberry bogs, but is also home to many of the town's businesses. This area is where you'll find restaurants and shops, in addition to Carver's most extensive residential sections. The Savery Historic District is also part of this area.

A brief history of Carver

While research shows evidence of human inhabitation in the Carver area going back about 10,000 years, European settlement didn't occur until 1660. At that time, Carver, which takes its name from John Carver, the Plymouth Colony's first governor, was part of Plymouth, Massachusetts.

In 1790, Carver split from Plymouth and was incorporated. The reason? The settlement was too far from Plymouth for residents to attend Sunday church services and, therefore, would require its own facilities.

The early industries in Carver include iron ore production, sheep shearing, and lumber mills. When the iron ore industry slowed in the 1870s, the community quickly began using its swamps for cranberry production, a tradition that remains to this day.

Things to do in Carver, MA

Despite being rural in nature, you will find some things to do in Carver, particularly in the summer.

For starters, the community is home to King Richard's Faire, the largest and longest-running Renaissance Faire in New England. The Faire runs annually from the first weekend in September until the third weekend in October, attracting visitors from all over the country. This event takes place on an 80-acre plot of land in the Savery Historic District and features jousting, music, exotic animals, a 16th-century marketplace, just to name a few of the attractions.

In South Carver, you'll find Edaville USA, an amusement park with something for the entire family. The park features rides, a splash pad, a dinosaur park, live shows, an indoor playground, and a Charles Dickens village. There are also multiple restaurants and souvenir shops to visit during your day at the center.

Although Carver isn't on the ocean, you can still head to the beach at both John's Pond and Sampson's Pond. These ponds have sand-covered areas, in addition to on-site parking, making them great places to spend a few hours with friends and family.

When you want to get out for a hike, there are trails throughout the Myles Standish State Forest, a massive area that also has bike paths, hunting sections, fishing ponds, and equestrian trails. You can also hike through the Indian Brook Conservation Land and the Cole Property Trails.

Shurtleff Park features heavy tree cover and hosts the town's farmer's market, in addition to concerts and other events throughout the year. There's a baseball complex across the street, too, which is where everything from Little League to adult softball is played. Carver also has soccer fields and playgrounds, as there's plenty of infrastructure for a town this size.

Buying a home in Carver, Massachusetts

Carver, Massachusetts, isn't a commercial hub or a town with a vibrant shopping scene, but it doesn't claim to be these things. Instead, Carver is proud of its cranberry harvesting history and rural setting, as its residents are perfectly content living somewhere other than Boston or Plymouth.

If you're interested in buying a house in Carver, MA, speak with the experts at Kinlin Grover for insight on this inland gem that provides a quiet lifestyle just outside of Plymouth and sits minutes from the attractions of Cape Cod.

Homes For Sale In Carver 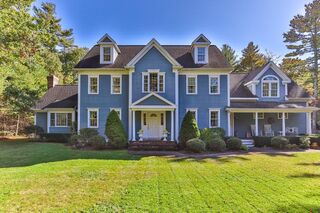 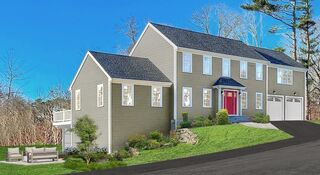