Wellfleet was encountered by Europeans as early as 1606 and settled in the 1650s by the Europeans as Billingsgate (after the famous fish market in East London). Wellfleet was part of neighboring Eastham until 1763, achieving town status after nearly 30 years of petitioning. Wellfleet’s oyster beds drove the early economy, as did whaling and other fishing endeavors. However, the fleet declined, being completely free of schooners by 1900. The oyster fleet continues to this day. Guglielmo Marconi built America’s first transatlantic radio transmitter station on a coastal bluff in South Wellfleet in 1901–02. The first radio telegraph transmission from America to England was sent from this station on January 18, 1903.

Wellfleet is bordered by Truro to the north, the Atlantic Ocean to the east, Eastham to the south, and Cape Cod Bay to the west. The town has a total area of 35.4 square miles, of which 44 percent is water. The lands of Wellfleet wrap around Wellfleet Harbor, extending from the main portion of the Cape around the harbor. At one time, Wellfleet Harbor included Billingsgate Island, which sat at the harbor’s mouth. Once a flourishing community with a lighthouse, the island was destroyed by erosion and now is a shoal that is exposed at low tide. Several other inlets extend inland from the harbor, at the mouth of the Herring River, Duck Creek, Blackfish Creek and Fresh Brook, which leads to several brooks.

Wellfleet is located on the narrowest part of Cape Cod and can boast of having both big wave ocean beaches and tranquil bay beaches. Between the Audubon sanctuary, the National Seashore and other small parks and beaches, 70 percent of the town’s area is protected. The town’s population swells nearly six fold during the summer. Located 75 miles out into the Atlantic Ocean, Wellfleet is only 2 miles wide, with beautiful beaches on both the bay and Atlantic sides. Wellfleet Harbor is an actively changing panorama of fishing boats, yachts, trawlers, and, at low tide, flats of shellfish. Wellfleet is famous for its eponymous oysters, which are celebrated in the annual October Wellfleet OysterFest.

Wellfleet continues to draw painters, sculptors, writers, designers, photographers and scholars, making it a vital place to make, and experience, the arts throughout the year. Known as the “art gallery town” for more than 20 galleries, Wellfleet has a long tradition of supporting the arts and artists. The town is also home to the Cape Cod Modern House Trust, which is documenting and preserving the Modernist houses in the area. The cutting-edge Wellfleet Harbor Actors Theater, or WHAT, is a jewel in Massachusetts’ crown for professional theater. The celebrated Wellfleet Public Library hosts over 900 events each year. Wellfleet Preservation Hall is a year-round cultural center in the heart of downtown Wellfleet.

Homes For Sale In Wellfleet 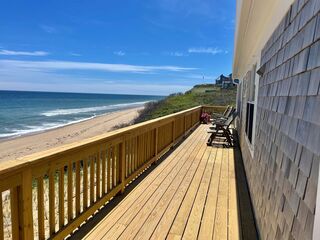