A Village of the Town of Barnstable

Barnstable is one of the seven villages within the Town of Barnstable. Barnstable Village is the oldest of the town’s villages and the second oldest area of the Cape to be settled by the Europeans. Settlements first developed along the shore and the Old Kings Highway. The sheltered waters of the harbor became the center for a vigorous maritime trade, which reached its zenith in the mid-19th century when clipper ships sailed from the village to the Northwest and the Orient. Sea captains built great houses along the Old Kings Highway and side roads leading to the harbor. These houses and the historic landscapes remain largely intact today, thanks to vigorous preservation efforts.

The Village of Barnstable is located on the north side of the town, centered along “Old King’s Highway” (Massachusetts Route 6A), and houses the County Complex of Barnstable County, a small business district, a working harbor, and several small beaches. The village is home to many small attractions, including Sturgis Library, the Olde Colonial Courthouse (now Tales of Cape Cod),the Barnstable Comedy Club, and the Trayser Museum. Barnstable is located in the Mid-Cape area, and the town has a total area of 76.3 square miles, over 21 percent of which is comprised of water, and shares borders with Sandwich and Mashpee to the west and Yarmouth to the east.

The town of Barnstable is the Cape’s largest and most populous community, and is the heartbeat of the Cape. Barnstable Village is a quaintly historic nexus of that community. The Sturgis Library was constructed in 1644 for the Reverend John Lothrop, founder of Barnstable.  The Olde Colonial Courthouse is one of the oldest courthouses in the United States. The village is arguably the most historic village in Barnstable; it holds the homes of M. Hinkley, D.G. Bacon, F.D. Cobb, and several other homes dating from the mid-19th century. The area also holds the renowned Cummaquid Golf Club.

The Barnstable Comedy Club is the oldest and longest- running community theater in Massachusetts. The Trayser Museum is the former county custom house, which now houses a Coast Guard Heritage Museum.Barnstable Village is also home to the Crocker Tavern, which was built around 1754 and is listed in the National Register of Historic Places. A historic village with a modern twist, there is plenty to do in the Barnstable Village Cultural District from community theater, outdoor concerts, lectures and gallery tours, chatting with the local potter while he creates right before your eyes, or taking part in one of several festivals. 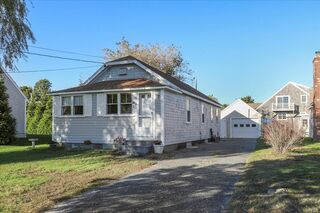 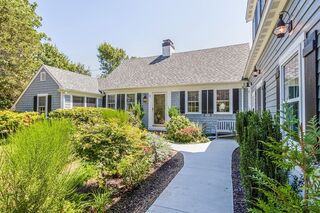