In 1693, Orleans, originally known as South Parish of Eastham, was first settled by Pilgrims who were unsatisfied with the land given to them at the Plymouth Colony. The town was incorporated in 1797 and was named after Louis Philippe II, Duke of Orléans, recognizing France’s support of the colonies during the American Revolution. The sea has always influenced Orleans’ economy – salt works supplied the fishing fleet and met domestic needs until the industry became obsolete in the 1850s. Whaling and hand line fishing thrived in the town’s early years. The Native Americans taught settlers shell fishing and the modern incarnation of this tradition continues today as aquaculture.

Orleans offers 54 miles of coastline and boasts the popular Nauset Beach, making it a popular town for boaters, sailors, kayakers and surfers. The town is located at the Cape’s elbow and meets both Cape Cod Bay to the west and the Atlantic Ocean to the east and is less than 10 miles away from the Cape Cod National Seashore. Orleans has a total area of 22.7 square miles – 8.5 square miles of which is water – and shares town borders with Eastham, Chatham, Harwich and Brewster. Though the Orleans landscape was once made barren by demand for lumber, it is now well-populated with trees and vegetation.

Charming and beautiful, Orleans is home to a portion of the Cape Cod National Seashore, established in 1961 by President John F. Kennedy. Its people are very supportive of conservation efforts, and this natural beauty has attracted a large retirement population, younger service population and tourism. This beauty is punctuated by Orleans’ idyllic beaches, Town Cove, and myriad lakes. The town’s history is kept alive by the Orleans Historical Society and attractions such as the French Cable Museum, Meeting House Museum, Jonathan Young Windmill and more.

Orleans, along with Brewster, Eastham and Wellfleet, belongs to the Nauset Regional School District. Each town provides schooling for their own elementary students, and collectively send their middle and high school students to regional schools. Orleans operates the Orleans Elementary School for students from kindergarten through fifth grade. The town is home to Nauset Regional Middle School, which serves students from sixth through eighth grade for the district. High school students attend Nauset Regional High School in North Eastham, but also have the option of attending Cape Cod Regional Technical School in Harwich. Orleans is also home to the recently opened independent Partnership School of Cape Cod and a handful of private preschools.

Orleans is home to the Academy of the Performing Arts, which produces more than 12 shows a year including musicals, dramas, comedies and original works. In addition, there are a variety of galleries, which can be visited during the Saturday night Fine Art Gallery Evenings, offering a chance to meet dozens of artists in casual settings and see their latest works. The town has a reputation for catering to art lovers and was designated by the Massachusetts Cultural Council as one of its official  cultural districts in May 2013. The Orleans Historical Society has created a brochure with a Guide to Historic Main Street Walking Tour and a map of Orleans Town Sites of Interest.

Homes For Sale In Orleans 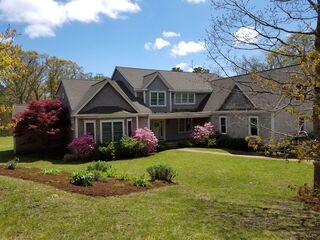